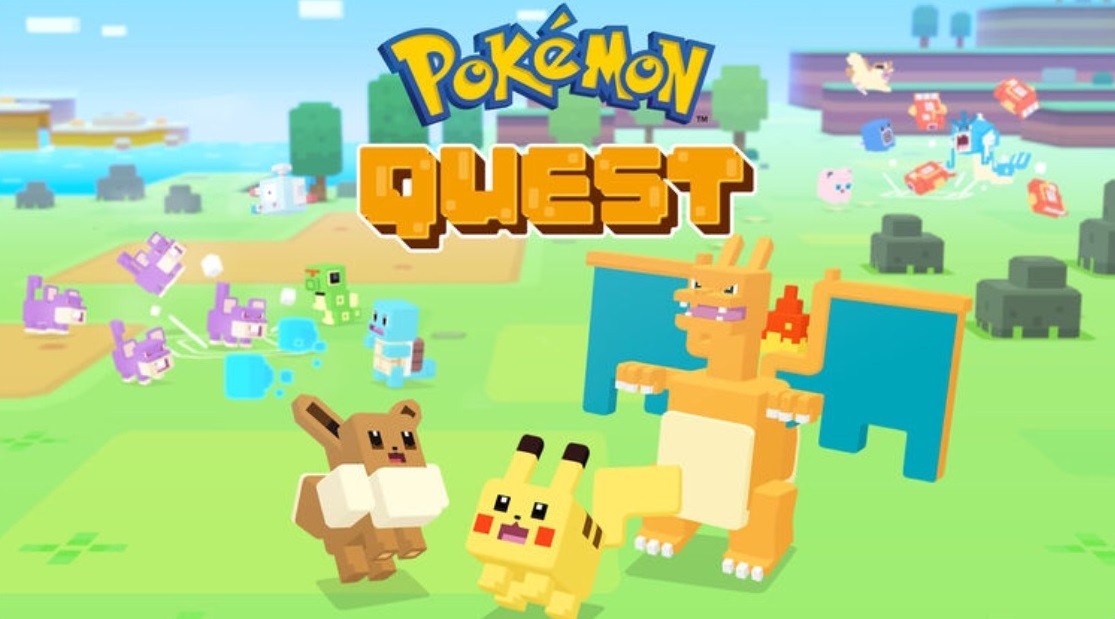 Pokémon Quest is a unique and entertaining take on one of Nintendo’s best and most successful franchises. It’s not the experience you’re used to, but it’s still a must-have for fans of the original Pokémon RPGs.

Your mission is to travel the lands with your team of pocket monsters and do battle to uncover hidden items. Some of those items will help make your Pokémon stronger, while others are used for cooking dishes that will attract other creatures to your camp.

After completing all levels in a certain area, you will also be rewarded with camp decorations, each of which has its advantages, such as increasing the number of items you earn during battle.

Pokémon Quest is completely free to play, and although there are in-app purchases for additional items, they’re completely optional, and you don’t need them to progress or have fun.

It’s nice to have a new Pokemon game on mobile that isn’t of the GO variety and, while it lacks any real depth, Pokemon Quest is a decent game for when you don’t want to think.

It’s cute, pleasant to play, and will make old-school Pokemon fans happy with its showcasing of Pokemon from the Red/Blue generation. Is it an incredible experience? No, not by a long shot. Is it fun? A little, in its way.

Pokemon Quest is an idle RPG where you mosey around Tumblecube Island in search of all sorts of goodies, ingredients, and stones.

You pick your first Pokemon, between the usual starting Pokemon plus Eevee and Pikachu, and fight your way through the first section of the world. After a bit, you’re encouraged to cook food which lures in another couple of Pokemon pals for you, extending your team to three.

While you can speed cooking up with in-game currency, you only have to complete stages to finish things. This is a nice change from the usual timer-based countdown and gives you something to do other than wait.

The fights are short and sweet and you can choose whether to have a more hands-on approach or whether to stick it on auto and watch the events unfold. While the auto mode is relatively successful, it doesn’t quite hold up to your skills in manual combat. Well, as manual as clicking one or two buttons can be. 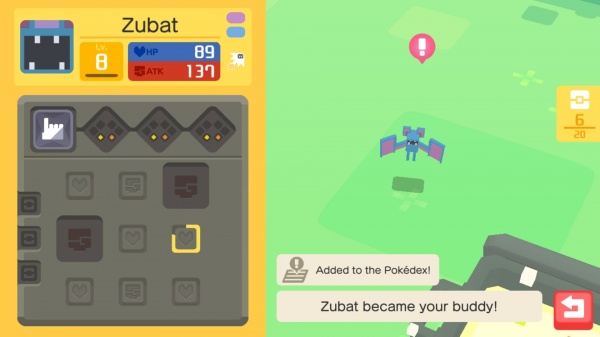 The levels play out in waves and end in a boss-style fight. Then, once you get to the end of each world you’ve got a bigger, broader boss to take out.

Each of your Pokemon have specific attacks with cooldown periods, so you must use them strategically. More damage will also be dealt with depending on the wild Pokemon’s weaknesses. It’s wise to get a good balance in your team and to improve their stats as soon as possible.

If your Pokemon are defeated in battle they’ll return to their Pokeballs for a brief period while the others continue fighting. This gives them time to replenish a little bit of health, but not all of it.

The difficulty curve isn’t one to snuff at. What starts as a laughably easy affair quickly becomes trickier when you’ve cleared the first land. The only thing you can do it try, try again and spend tickets if you don’t want to lose the things you’ve picked up during a fight.

Whether you’re good at tapping buttons or not it doesn’t matter in the long run. The core principle of the game is leveling up your Pokemon which can be done by clearing the game’s stages, using power-ups, and by Training. 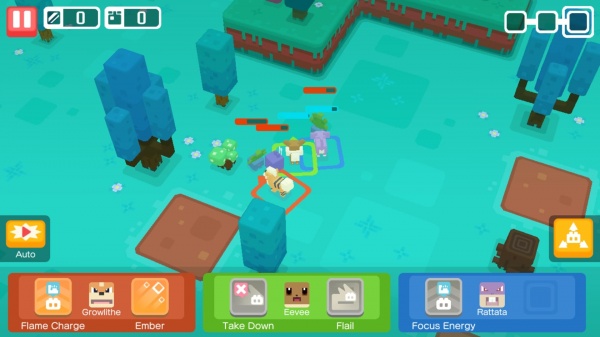 For players deeply interested in building up your team to be the best and brightest in the land, you’ll find a lot to like here. Even if you’re not too experienced with RPGs the controls are super simple and its menus are easy to navigate.

It’s also nice to see a free to play game not pressuring you off the bat to spend your hard-earned cash.

Even so, after a while, the experience grows tired as you’re essentially watching little bloops of color pottering about the screen. It’s charming, but not something you want to play for hours on end