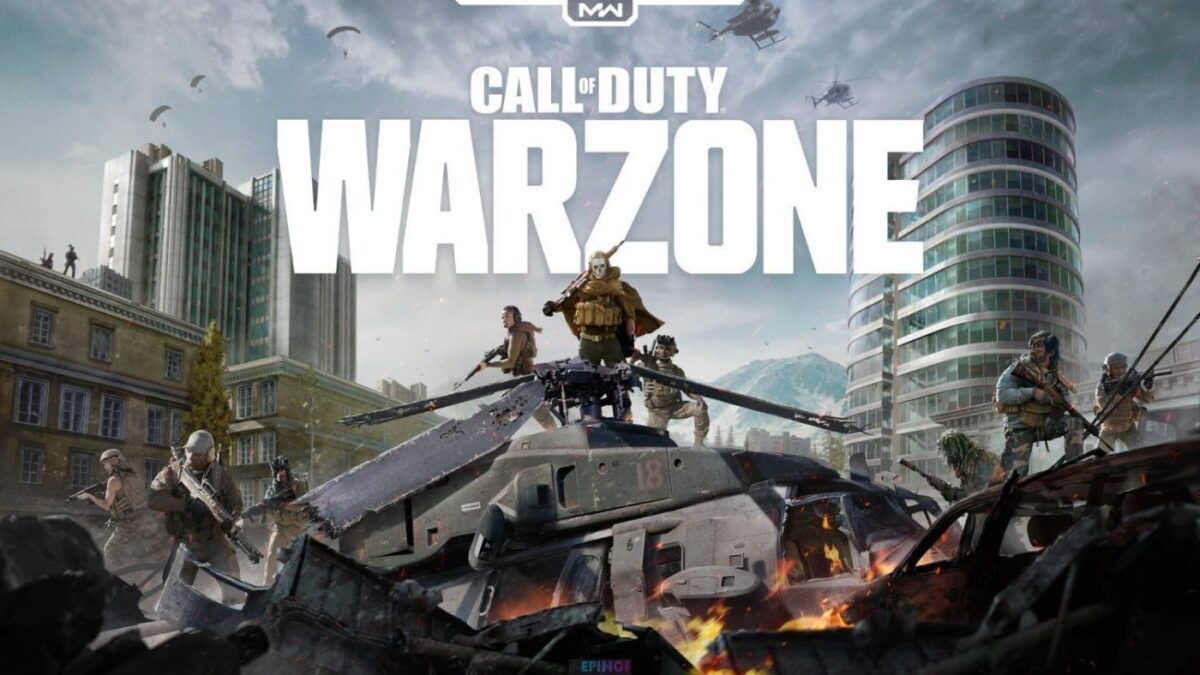 The Season 4 download is going to be large. The update size is around 32.5GB on PS4, 44.3GB on Xbox One, 45GB on PC (MW+WZ owners): and 39.6Gb for Warzone-only. Once installed, the S4 launch will take up an additional 4GB on consoles for all of the new content.

Events can occur during Warzone Battle Royale matches and have an impact on the strategy and approach to gameplay. Events can happen in any given match without advance notice. When they happen events will always occur mid-game. E.g. after the first drop kit and before the Gulag closes. Only one event type will occur in a given match, so familiarize yourself with three new event types, available at the start of Season Four – ‘Jailbreak’, ‘Fire Sale’, and ‘Supply Chopper’.

When a ‘Jailbreak’ occurs, all players that have been eliminated will be released back into the match. Whether you were waiting for your 1v1 in the Gulag, or had been relegated to a spectator, now you’ll have another chance. You will get a one-minute notice before a Jailbreak event happens to find additional armor or secure a weapon for your returning teammates. Jailbreak events can occur any time during the middle game of a Battle Royale match, so it may be worth it to spectate, just in case. Be mindful that when a Jailbreak occurs, it’s not just your teammates that are coming back, but tons of additional enemies.

A ‘Fire Sale’ is an in-game event that temporarily discounts most of the items at a Buy Station up to 80% or even gives items out completely free. A Fire Sale is the perfect time to pick up a UAV, Armor Box for your squad, or even a lethal Killstreak. During a Fire Sale buying back a fallen teammate is completely free. If your short on in-match Cash, a Fire Sale might be the best chance to redeploy a squadmate. Note that even during a Fire Sale, Loadout Drops are not discounted. Fire Sales only last sixty seconds, so expect Buy Stations to be crowded and prepare for a fight.

A ‘Supply Choppers’ event brings a non-lethal, but heavily armored helicopter to Verdansk. The helicopter will have a lot of health, and it will require a few rounds of bullets and maybe a rocket or two to bring it down. The helicopter will not shoot at you, but make sure that while you’re distracted enemy teams don’t take advantage. Once you destroy the Supply Chopper, it will drop high quality loot for players to pick up.

This loot includes three UAVS, two armor boxes and munitions boxes, a gas mask, a grenade launcher, and tons of Cash at a minimum. Supply Choppers leave after a certain period of time, so if you want to take one out start firing right away. Remember, that after taking down a Supply Chopper, you have to collect the loot. Watch out for enemy teams who might try to take you out during the collection or steal your hard-earned rewards.

Warzone Rumble is a brand-new mode in Warzone. Two teams of 50 players parachute and battle it out in various areas around Verdansk. This mode is high action with custom loadouts, vehicles, and quick respawns. Until now, Call of Duty: Warzone, the Battle Royale mode of Call of Duty: Modern Warfare, only offered squads made up of three or four players. Today, the FPS on a large scale satisfies everyone by offering an additional mode: the Duos mode.

Teams made up of two players are no longer required to go to Pillage mode or join squads of three or four players in order to have fun. Indeed, thanks to the arrival of Duos mode on Call of Duty: Warzone, these teams can directly form a squad of only two players. Note that this brand new game mode is available now on PC, PlayStation 4, and Xbox One and does not require updates to work.

Call of Duty Modern Warfare and Warzone: Activision Sums Up Everything Before Season 4, Dated ABOUT THIS GAME
The main battle royale mode will include the normal Call of Duty style weapons, with the addition of Armor Plates with no tiers. Every player drops into the map with 100 HP and two Armor Plates equipped, and combatants can equip a maximum of three plates at any time, which will give them a total of 250 HP. There is also the Gulag.

Only open during the early stages of the match, players who suffer their first death will be transported as a Prisoner of Warzone to The Gulag, where you’ll take on another eliminated foe in a 1v1 battle to see who makes it back into the fray. You only get one shot to make it back into the match though.

On top of that, there will also be a game mode called “Plunder”, where teams have to search for stacks of cash scattered around the map to accumulate $1 million. Once found, the game goes into overtime, with all cash sums doubled, and the team who has gathered the most money when the clock runs out is declared the winner. You will also respawn in the game mode automatically.

1. Click firstly on the “Download Game” button for a complete installation.
2. Download secondly the “Call of Duty Warzone” Installer setup (NOTE: This setup is supported resumable download).
3. Open the Game Installer, Click Next, and choose the directory where to Install.
4. Let it Download Game in the specified directory of your Device.
5. After that Run the Game and Enjoy Playing Full Version Game.

If you face any problem in Running ” Call of Duty Warzone” then please feel free to comment down below. In conclusion, to sum up, in short, we will reply as soon as possible.