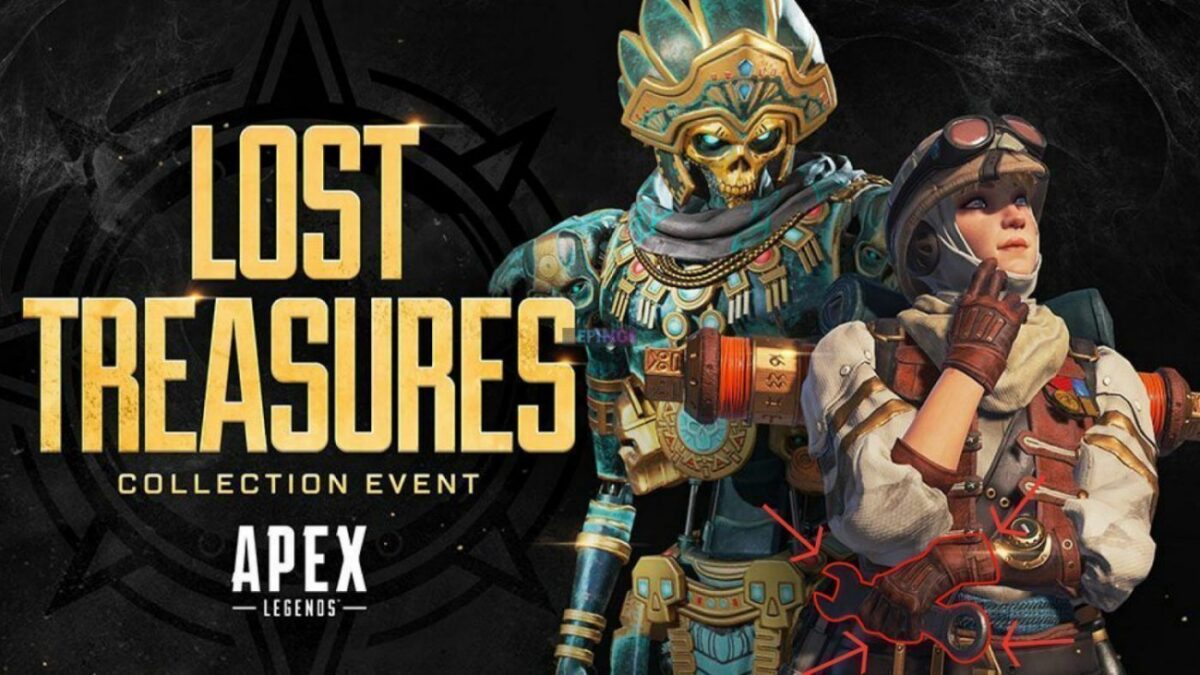 LOST TREASURE COLLECTION EVENT
We’re bringing a ton of exciting changes to the game along with the Lost Treasures Collection Event. In addition to the event, we’ll be making a host of tweaks to various Legend abilities and weapons. Get all the intel here so you’re fully prepared when you drop in.

ARMED & DANGEROUS EVOLVED LTM
The Armed & Dangerous Limited time mode has evolved. In this LTM, only Shotguns and Snipers are allowed. You’ll also start with a Mozambique and Evo armor. All other armor has been removed from the loot pool. But that’s not all. Respawn beacons will also be removed and all players will start with the Mobile Respawn Beacon in their inventory.

Need to Respawn on the go? Use the new Mobile Respawn Beacons! In the Armed and Dangerous LTM, players will start the match with one in their inventory. Then from the inventory screen, deploy it anywhere on the map and save your fallen teammates. But beware, calling in a Respawn Beacon takes time, giving your enemies time to find you, take you out, and use that Beacon you just deployed. So find that safe spot before you call it in.

Crypto is taking over and providing some recon to Kings Canyon. Located at the south-east of the map (under Repulsor), lies Crypto’s Map Room. Use his tech to get the location of all Legends on the map and check the screens scattered around the room to see how many enemy squads are nearby.

HEIRLOOM – MIRAGE’S TROPHY
Isn’t that a handsome guy! Yes, it’s true, your man Mirage is getting his Heirloom! The gorgeous statue is one of a kind (sort of) and will ensure you look good in the arena.

Tactical
Burglar’s Best Friend will no longer be intercepted by Watton’s Interception Pylon.
Ultimate
Black Market Boutique (ultimate) will now only pick up 1 stack of ammo (rather than 1 stack + the amount that was required to fill whatever partial stack you had in your inventory).
Ultimate Accelerants now give 20% ult charge (up from 17.5%).

Tactical
You can now hold the tactical button, and release to auto-control decoys
Decoys will now say lines when shot
Passive
When cloaked, Mirage’s holo emitters will be visible to players that are less than 5 meters away
Skydive
Will now create decoys for the entire squad when skydiving when still diving with your squad.

Enemies can cancel Caustic’s barrel by shooting it before it is fully inflated.

The intent of these changes is to create openings where enemies can breach Wattson positions. It is still possible for Wattson players to hold a position with a trophy indefinitely, but that should come at the cost of using Ultimate Accelerants.

Increasing Wraith’s tactical cooldown has proven to be ineffective at curbing her exceedingly high win rate and kill rate. These changes are meant to disincentivize Wraith players from using Phase Walk as a “get out of jail free” card, and move it into more of a repositioning and scouting ability.

Phase Walk
Phase Walk now takes 1.25 seconds to enable (was 0.4 seconds). During this time, Wraith will receive a 20% move slow
This does not affect Phase Walk while placing a Phase Portal
While in Phase Walk, Wraith now gets a 30% move speed boost
While in Phase Walk, Wraith can now see other players while in the Void.
Phase Walk now lasts 4 seconds (from 3 seconds)
Phase walk cooldown is now down to 25 (from 35 seconds)
Phase Tunnel
Decreased distance for portal placement by 25%.
WEAPONS / LOOT

Greatly increased horizontal recoil in the initial shots of a burst
Decreased magazine size from 32 to 28.

Teammates can now ping a friendly Caustic Trap.
New health bar for when users are in Revenant’s Shadow form.
Map rotation times are now even between Kings Canyon and World’s Edge

Fixed an issue with Crypto’s Drone flying without input if the user started to sprint by use of double-tap to sprint option.

Fixed an issue with Pathfinder’s Grapple not allowing running if a failed deployed occurred.
Fixed an audio issue with Survey Beacons being too loud when used.

Fixed an issue with not being able to heal after getting knocked and going through a Wraith portal. 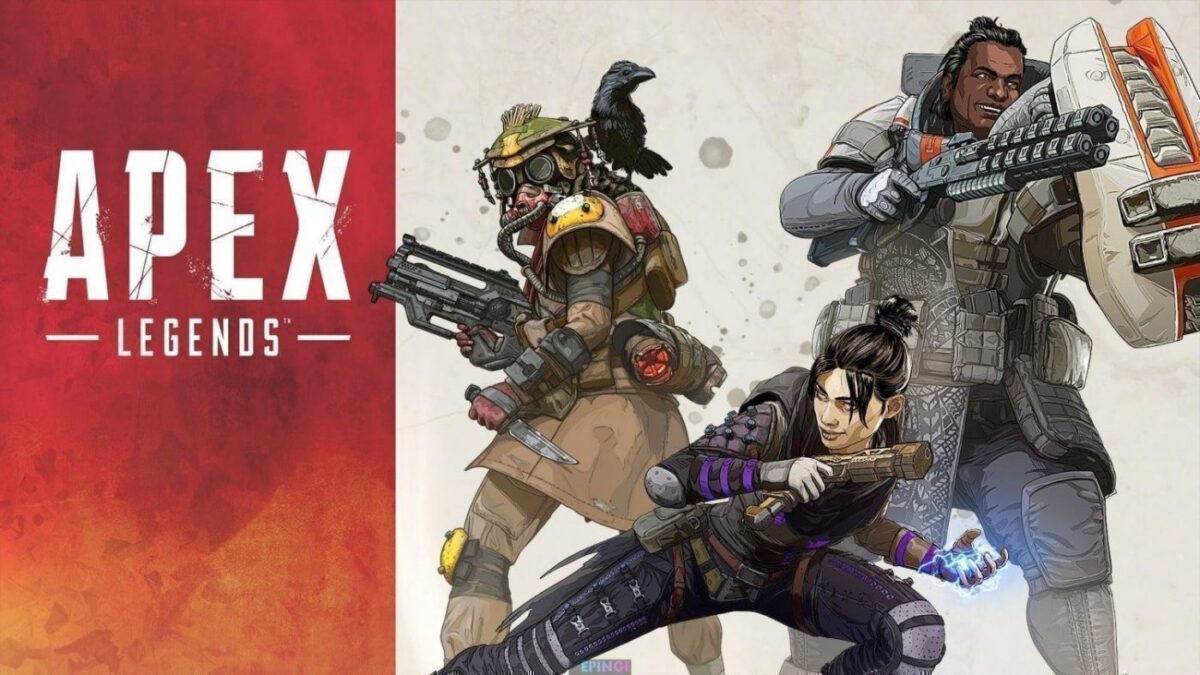 EVOLUTION OF BATTLE ROYAL
Show off your powers with the free base battle royal game “Apex Legends” were warriors in the frontier fight for fame and wealth.

Legendary warrior
A legendary legend with unique characters, strengths and abilities appear one after another.

Strategic battle royal
Become familiar with Legend’s abilities, make strategic decisions in an instant, and use your peers’ strengths to fight through a fierce battle of 60 players.

Legend changes the battle
A heretic to the exiles, the drifters and the people of the exile… The door to Apex games is open to everyone. Find out what power each legend exerts in your unit.

Show off your powers with the free base battle royal game “Apex Legends” were warriors in the frontier fight for fame and wealth.

1. Click on the “Download Game” button for a complete installation.
2. Download the “APEX LEGENDS” Installer setup (NOTE: This setup is supported resumable download).
3. Open the Game Installer, Click Next and choose the directory where to Install.
4. Let it Download Game in the specified directory of your laptop.
5. Run the Game and Enjoy Playing Full Version Game.

If you face any problem in Running “APEX LEGENDS” then please feel free to comment down below, we will reply as soon as possible.